Here we are, under a week into our new digs in Sde Ilan. For all those wondering where exactly our “חור” (slang that I’d prefer be translated as “off-the-beaten path location,” but really means “where the hell is this place”) is located, here’s a handy visual:

The kids have (mostly) been phenomenal, helping us dig out of boxes at breakneck speed. It’s important to understand that the youngest, just under two, is a tiny Godzilla. He is single-mindedly determined to upend all progress. Armed with a binky and a dream, Boaz does far more than just mildly “get in the way” (He is the very definition of a “yeled nezek” (a child who makes a big, big mess). His speciality is hiding things, and then not being able to tell us where he hid them, as well as throwing food and flinging tiny pieces of lego at our faces.

As I’m writing this, he has decided to change up his usual routine of slurping the milk and throwing the cereal on the floor to doing just the opposite, just for kicks. Here is is, triumphant: 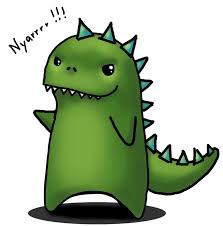 Such fun! But the other kids have had to endure my intense delegating and ordering about, and their efforts had us in a relatively tidy state as Shabbat was coming in.

Any others out there who have seriously downsized? Yes, all of our friends who have made aliyah! (We’ve never really done so until now, having moved to Israel right out of college with no belongings to speak of.) The difference is that we have a long-term storage container around fifteen minutes from the moshav, so Ira’s been shuttling back and forth this past week, moving more and more stuff there that’s been relegated to the “we’ll see you when we see you” status. We’re trying to be minimalists, but how can you be minimalists with nine people, three of whom are teenagers and two of whom are little boys? It would also mean having to do laundry every five minutes, so we’ve quickly sobered up and realized that minimalism for us means twenty towels instead of forty, and fifteen coffee mugs instead of thirty. #progress

One last anecdote before I sign off for today. Boaz can only drink goats’ milk because cows’ milk bothers his stomach. St. Coby of the Tzarchania tried valiantly to locate some but couldn’t, and Rami Levi and Supersol (each a 10 min drive in opposite directions) also had none.
This is how we winged it, moshav-style: Ira asked Eitan the sheep farmer if we could have some sheep’s milk. He said no problem, but if it’s goat milk we want (since apparently sheep milk has 2.5x the fat of goat milk), then Zvika the goat farmer lives down the road, and he’s happy to give us some as well. Ended up with two large jugs of milk, one goat one sheep, which we pasteurized on the stovetop before Shabbat.

Off to settle Ruvi into yeshiva today (we’ve taken to calling him Ruvi of Nazareth, since that’s where he’s attending yeshiva), though the others still have a solid three weeks of summer vacation. Chodesh Tov to you all!