All of a sudden, here we are. A little less than two months out, and only now getting around to posting about the most important factor in this whole move: our kids.

Most of the inquiries I’ve received over the past year concern the kids: how are they taking to the forthcoming move, what will they be up to next year, steps we’ve taken to prepare them for this. Changing direction mid-stream is complex enough for Ira and me, but factoring in the weighty decision to change seven other lives (some of which are at critical junctures) is itself a whole other cornfield of hypotheticals.

It’s one thing to be cavalier with your own life choices. Once you become a parent, though, you’re responsible to put the best interests of your children as a critical, if not the primary, factor in making those choices. So while it is true that none of our kids came to us with the novel idea of picking up and moving to a farm in the Galil, this move is most definitely with them in mind.

These kinds of decisions (like choosing a spouse) are multi-factored. Ira is committed to reconnecting to the earth and having our land sustain us; I’m driven as a mission to settle the periphery and connect others to the beauty, history and richness of the Galil. We want these, and more, for our children. We want them to learn how to live off the land, how to treat animals compassionately and knowledgeably while they are in our service, to be so rooted that they intuitively understand the many stages between seed to table because they see and care for the growth around them every daily. As natural as these things should be for us all, they aren’t for our family, and this we want for our kids.

We want them to fully live the practicality of farm life as a Jew in his land, meaning that the many halachot guiding and shaping our ongoing relationship to the earth and to our animals should be second nature to them. If they graft to extend the orchard, let them do so with an awareness of כלאיים; let them know exactly which herbs require separation of terumot and ma’asrot, and what peter rehem means practically. We want them to see the Galil as we do: a great and wide frontier, still underdeveloped and definitely underpopulated by Jews, abundant in potential and opportunities that they can make for themselves.

Perhaps, as well, they’ll come to appreciate the tolerance that we’ve seen within different communities in the north — a sort of silent understanding that we must be true to ourselves before we can yield to the demands of the group. Along with the slow and sweet pace of life farther away from the bustle of the merkaz comes the privacy and space to fully grow into yourself. There’s much less of a cacophony of social and religious expectations that may otherwise drown out your own still, small voice as you’re finding your way to love God, and to serve Him.

So that’s why we want this, because we dream it for them. Now — as to the “tachlis”: how are they taking it?

I’d say remarkably well. Obviously, it’s hard to leave their close friends and the routines that they’ve been used to for years. Also, I can sense that the anxiety of moving to a place where there are very few English speakers (if any) is getting to some of them, though all of our kids are sabras and speak a fluent hebrew. Since our neighborhood in Maale Adumim has a very strong anglo population, though, many of their closest friends and definitely the families that we are closest with are English speakers, and the dawning realization of abandoning that “safety net” is causing some worry.

But at the same time, our kids come by their sense of adventure naturally. They realize there’s a lot to look forward to on the farm, on the moshav, in their new schools and in meeting new friends. There may be a newness, but there is also a familiarity. They are not olim, they speak and think in Hebrew, they’re excited about playing an active part in designing the house, caring for the animals, planting with their father, joining me on digs, learning new things.

Following are some elements/concrete steps we’ve taken to ease the transition:

1. We talked about our dreams early and often.

Our kids have been hearing about how much we’ve been wanting to move to the Galil for years now. True, we used to talk about it wistfully, as if it were indeed going to remain an unactualized dream: “Oh, how nice it would be to move here! Could you imagine living here?” We’ve been explaining the appeal that the Galil has to us — the “why’s” of making such a move — for quite a few years now. This has been an ongoing conversation in our home, so none felt that the move was abrupt or were particularly surprised.

We’ve scheduled this move carefully to coincide with a transition year for most of the kids. Right now, Ruvi is graduating 12th grade, Bat-Chen is graduating 8th grade, Shalva is graduating 6th grade, and Chachi is graduating gan (kindergarten). They’d all have been switching to new schools in September even if we weren’t moving, and each would have been attending a school where they’d have to meet a whole new group of kids. Tziona is finishing up third grade; moving to a new elementary school that will take her from 4th-8th grades (the school at Kibbutz Lavi includes a middle school) is a reasonable transition. Boaz will turn two in a few months — he’s portable.

The one exception is Kayla, who is entering 11th grade next year. She is in an arts school in Jerusalem which suits her perfectly, and she won’t be moving to a different ulpana (religious girls’ school) in the north, but rather staying put. She’ll be boarding here with dear friends of ours, parents of marvelous twin girls who are Kayla’s closest friends. Like Ruvi, who will be in yeshiva next year, and Bat-Chen, who is attending Ulpanat Kfar Pines, Kayla will spend Shabbatot and vacations with us (along with their many friends. We’ve never “only” had the original 7 Weissman kids as our own — there are always “honorary Weissmans” who grace our home and bring lots of warmth and laughter to our lives.)

3. They’ve checked out their new digs.

We took the three elementary/middle school-aged kids up to poke around their new school in Kibbutz Lavi, to meet the teachers and kids, and to familiarize themselves with the campus. We’ve been up to Sde Ilan a few times for Shabbatot and just to hang out, so that the kids could already start to feel the pace and atmosphere that life takes on there. They’ve all been to see the nachala, to take in their inheritance and start seeding their own dreams for their futures. 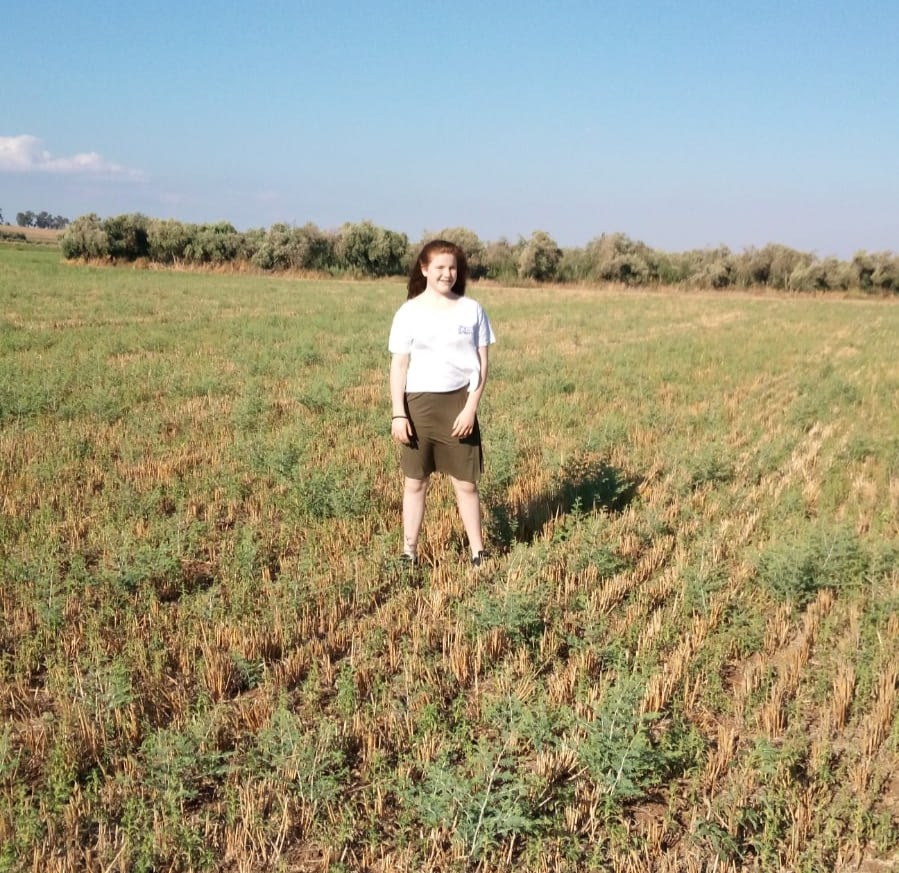 4. Moving in the Whatsapp age is a whole different ballgame.

So many of our deepest relationships are nurtured by whatsapp. This technology allows for natural, sustained, and regular interaction, for remaining constantly present in each other’s lives even if we don’t live in each other’s proximity. The five people I speak with the most on a daily basis, outside of my immediate family, don’t live in my neighborhood. And my kids also regularly communicate with their friends via whatsapp.

Now, I know well there’s no substitute for actually seeing and spending time with old friends, which I’ve promised the kids they can do as much as is feasible (we’re only moving two hours away, not to another country!) But knowing that they can whatsapp and facetime with their beloved buddies is very comforting to them.

One final note on the matter: Israeli kids are independent kids, starting from a relatively young age. They feel a freedom and ease in navigating their world, more so than kids who live in more dangerous countries like the US, France or South Africa. This translates into a culture where many Israeli kids are totally comfortable taking public transportation both within and between cities throughout Israel, and are more confident and capable in unfamiliar situations. So while any parent would naturally be concerned in moving their child to a new setting, we’re somewhat less so. As parents who have only ever parented Israeli kids, we’re more excited than nervous for them, as they are definitely more excited than nervous for themselves.

And of course there’s Phoebe, who doesn’t get excited about anything, but will be moving with us nonetheless. Maybe the sheep will get a rise out of her. 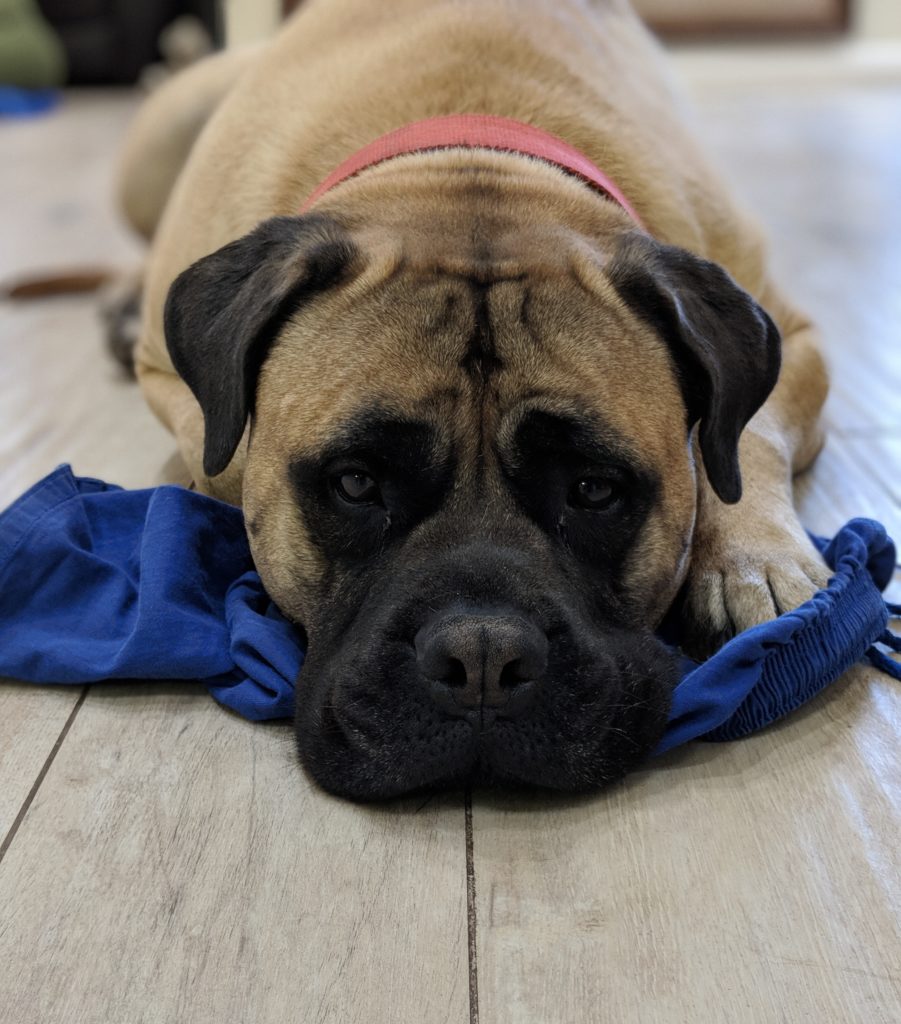 One Reply to “The Kids Are All Right”