Spring has sprung at Meshek Si’ach ha’Sadeh (Conversations in the Field — our farm’s name!): 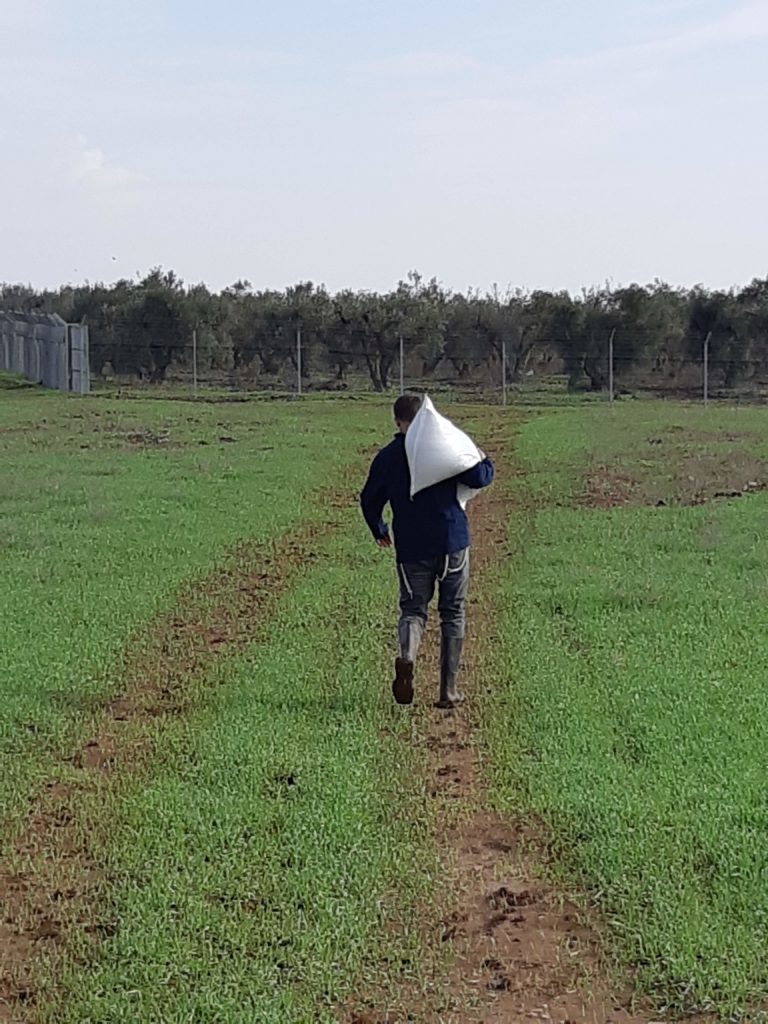 Ira’s trying out something on the farm — he calls it “layering.” Basically it means that we introduce different types of livestock into the kerem (olive grove), which he’s fenced off. They feed off the land through foraging, and in turn the land is “fed” through their “output.” Additionally, poultry love to pick through mammals’ droppings for fly larvae, cleaning the environment and ensuring pest control. Win-win that rejuvenates the grove naturally, obviating the need for any pesticides or chemical fertilizers! Goodness, the marvelous tidbits I’ve picked up on this journey… 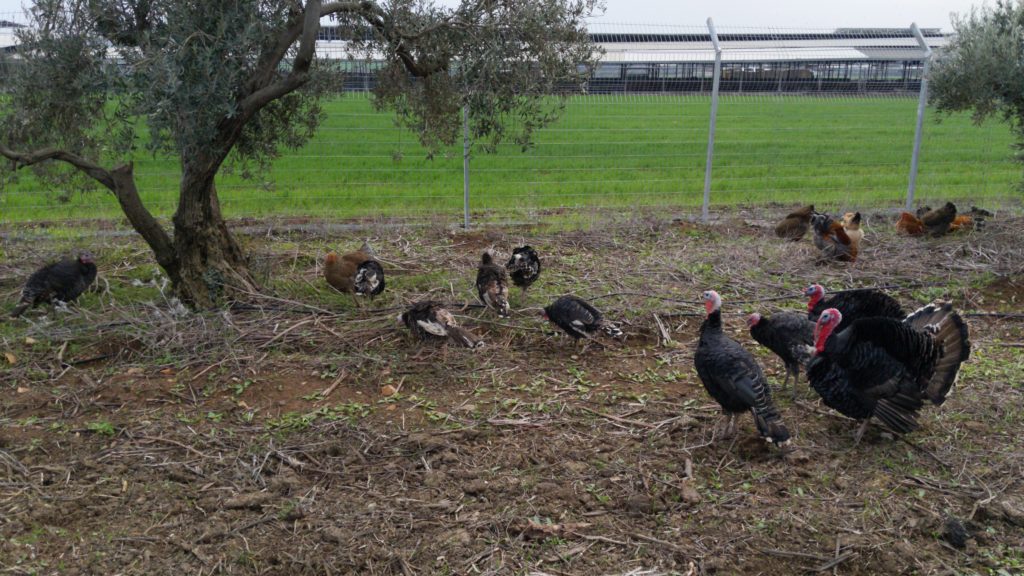 They have the run of the place, and ten dunam is a lot of run. We started with ten chickens, 6 turkeys, and two very angry geese.  About two months in, the chickens started laying eggs in the nesting boxes that Ira built. Every day’s yield is exponentially larger. These are the real deal: totally free-range, organic, whatever other hip marketing term applies. But truly how chickens are meant to live, and how eggs are meant to be laid.

Some eggs we eat, others we put in the madgerah (incubator). Twenty-one days later, voila! Baby chicks (we hope)

Get this: you have about a week from when an egg is laid to “hold its development” in suspension. That means that 21 days from the day that the hen decides to brood (sit on her eggs, which hasn’t yet happened) or that you put the egg in the incubator, it should hatch. You can decide when to get that process started (again, within a week). Otherwise, you can just eat them as eggs (checking for blood, of course — but even if the egg was fertilized, it won’t usually form blood until it’s been incubated).

Meanwhile, one of the female turkeys has disappeared; we think she’s off nesting under a tree, which would be fantastic (turkeys notoriously have a hard time mating, but maybe we got lucky and one of them is sitting on her eggs somewhere in the grove). We’re planning on turkey for Seder night.

We recently added yet another “layer” to this experiment. Meet Liesel, Brigitta, Marta, Gretl and Kurt.

They are extraordinarily dumb animals who cowered the first day on top of the chickens’ nesting boxes. One of the hens was in the middle of laying her egg, but she seemed nonplussed by the goats and went on doing her thing. 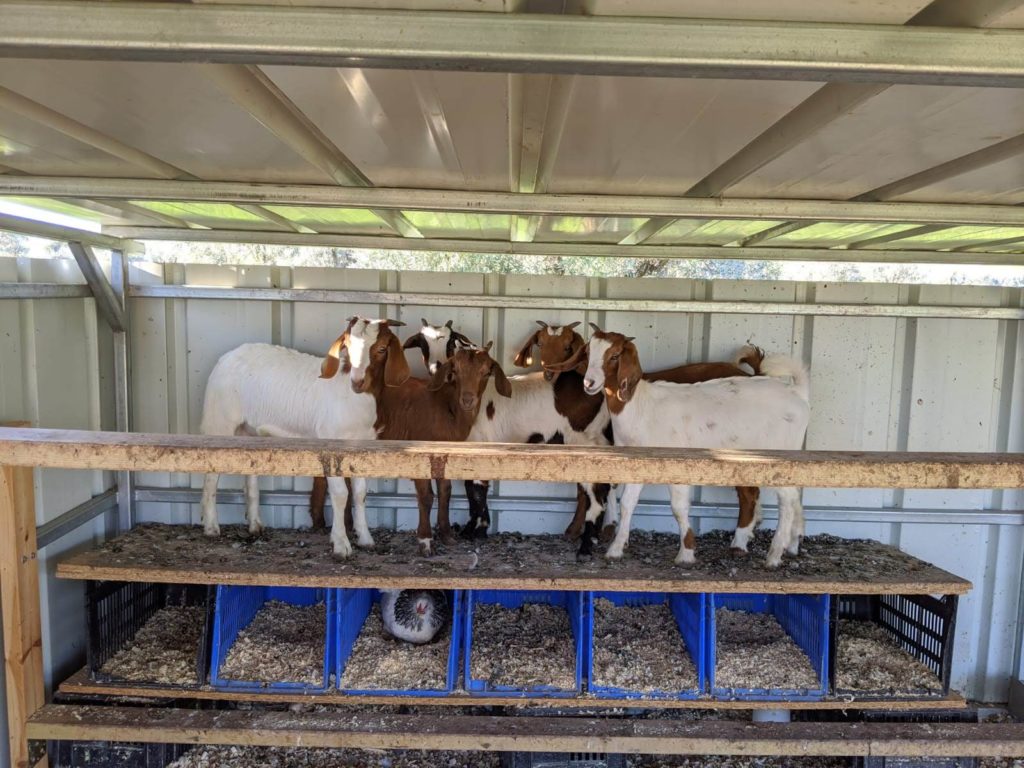 The goats are a cheaper alternative to hiring paid labor to prune the weeds and trees, which have grown ridiculously fast since our olive harvest last November. Goats apparently eat EVERYTHING (except other animals). Let’s see if they can figure out how to get to work.

Ira also bought a breed that he’s tasted before and says produces less-gamey meat than even lamb, but it’s going to take a lot for me to try goat. I’m not there yet. Though making goat cheese and labane is a very simple process, and I’m totally on board with that.

Finally, the geese. Tupac and Notorious B.I.G., or Bernardo and Riff, whatever — they don’t deserve names. They are total gangstas and we don’t know what to do with them. Ira even got them a wading pool, for which they are spectacularly ungrateful.

Here’s Ira with my mother-in-law and brothers last month, warning them about the geese’s thuglife:

Trigger-warning: no one was hurt by the charging birds. My mother-in-law very impressively allowed me to share this with you all though:

Noah (my brother) suggested fois-gras might serve humanity better, and I think by this point we’re all in agreement.