Yaya (full name: Yoram Yair, but don’t know if anyone ever called him that) is a four star retired general. Doesn’t he look like one? But when we met him last week on Motzei Yom Kippur (11 Tishrei), he was just “one of the guys,” a soldier among comrades come together to remember their brothers who fell 45 years ago at Tel Saki.

We were there at the behest of Meir and Esti Fultheim, our new neighbors. Meir lost his brother and Esti, her brother-in-law, at Tel Saki, one of the legendary battles of the Yom Kippur War in 1973. Avner Fultheim was all of nineteen years old when he was killed during the infamous battle.

Most anglo olim have made aliyah within the last thirty years. The intifadas and the wars over the last three decades, the terror attacks and kidnappings and short-range projectiles and lethal kites take up whatever headspace we can safely devote to our nation’s losses. For younger adults, it is hard to relate to the earlier wars: sepia photographs of teenagers who would have been in the same high school class as our parents, the dated haircuts and moustaches in the pictures, things that went south on a distant northern border we rarely visit.

A conscious element of our move to Sde Ilan was the anticipation of new experiences that would deepen and broaden our familiarity with “old Israel” — the founders, the (original) builders. Meir and Esti are the very definition of “Old Israel” — Meir was born in Sejera/Ilaniah, moving right across the road to Sde Ilan with his parents upon its founding in ‘49. The pictures on his wall are of his grandfather, Aryeh Fabrikant (one of the pillars of early Sejera back in the early 20th century) with David Ben Gurion and Yitzchak Ben-Zvi (his great-grandfather on the other side was Yerachmiel Halperin, one of the founders of Zamarin, later Zikhron Yaakov). Esti was born to Holocaust survivors in a detention camp in Cyprus. Her parents, survivors of Auschwitz, were waiting for permission from the British to enter Israel.

The Fultheims are founders. Here they were born, here their children were born. They know every corner of the north as well as anyone could ever know it. They know it the way that only kids know their neighborhoods: where the rut is where your bike will definitely get stuck, where there is a hidden patch of perfect grass that even the adults don’t know about. That’s how well they know the north, from memories of exactly where the Syrians would shoot at their family cars on holiday. During the hour-long drive to Tel Saki, we were treated to dozens of stories, tidbits, virtual snapshots, all in such gorgeously measured and exacting hebrew (Esti was an elementary school teacher for forty years) that we could follow every turn of their words as we wound our way up the Golan Heights.

The tekes (ceremony) began with the flag lowered to half-mast. Some observations from the ceremony: 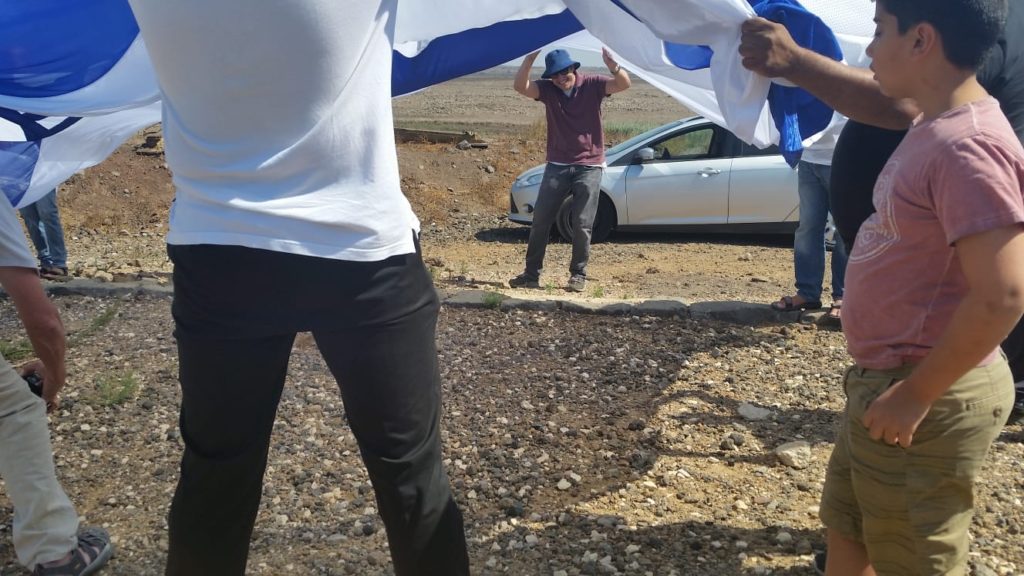